Been a busy month doing hotel corporate work. I just got back from a week in Las Vegas where we shot some corporate events using Canon DSLRs and a Sony FS7. I stayed on the Canon 5D MkIII with a Canon 70-200. Being a live corporate event, we didn't have the opportunity to light and we had same day turnarounds on the videos, but it turned out pretty well all things considered. Below is one example of what we produced (we made 4 spots total).

Besides that, a few other hotel spots came out. The video from the Four Seasons Health and Wellness shoot last fall came out. We shot this on the Alexa Mini with Sony CineAlta PL lenses. The color grade is a little flatter than I would have done, but overall I like it.


Last month we also shot some interviews at a hotel, but while there took the opportunity to shoot a little promo video as well. While the interviews were lit, all the hotel promo stuff was shot in a working hotel and we couldn't light it. Still turned out decent, I must say.

When I wasn't working on hotel stuff, I was busy with pre-production on a nature documentary that I've had in the back of my mind for a couple years now. I met with some experts on the subject and have been researching more about this particular animal. Right now, I'm not 100% certain how I'm going to approach funding and producing this project, but will be looking at grant opportunities and making sure I've done all my homework.

In parallel, I've also been working on the outline for a feature length screenplay that, like the above documentary, I've been thinking about for years. I figure that if the idea has stuck with me this long, then I better do something about it. The outline is progressing nicely and this will be the year I finally get the thing written.

Back in the camera world, I also went out with a couple new RED owners (Scarlet-W and Epic-W) and did a little training with them, helping them to learn how to better use their cameras as well as some tips and tricks for setting up and getting the most out of their RED cameras. We had a great sunset that made for some fantastic cityscape shots.

Local rental house EVS had the new Canon C700 in for a few days to play around with. While I couldn't take it out and shoot with it, I did spend a good amount of time playing with the settings and getting used to the menus and buttons. As far as usability, I think the controls were well thought out, with logically arranged settings and quick access to the things I use most. I really like the design of the camera, so hopefully their sensor and processing pipeline lives up to the high marks I give the ergonomics and user interface. 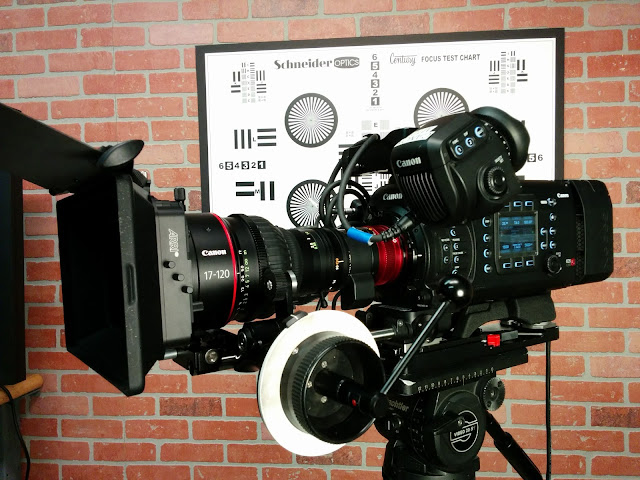 Whew, the end of the year really flew by with lots of travel work. The music video I shot for Karmin (see last post) got released and you can view it below.


I also shot some interviews and a hotel spot in New York City. We used a Canon 1D X Mk II with Canon CN-E primes. We were supposed to shoot three days, but managed to get everything done in two. The third day, after returning our rentals, we got to explore the city, which was fun. It rained a bit, but I took advantage of it and did some nighttime street photography. I wasn't super prepared to go out and shoot stills, so made do with the only camera I had: my cellphone. 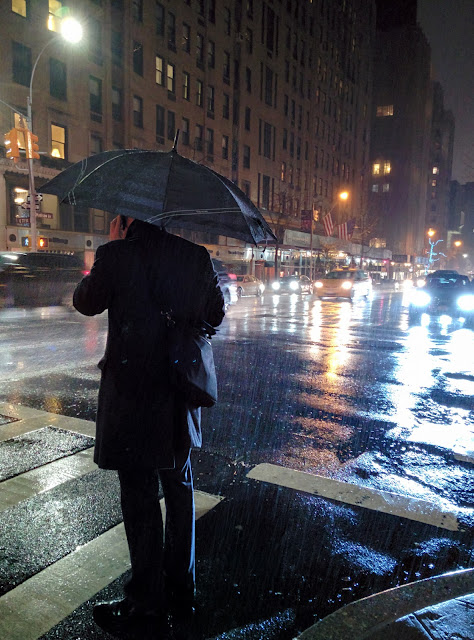 Since selling off my co-owned RED Epic Dragon last year, I've missed having a camera to shoot with. With a pre-order in on a Scarlet-W, it was a matter of waiting for those to ship. Due to the extensive delays on shipping, RED offered a great deal to step up to the Epic-W with the new 8K Helium sensor instead. So now I'm part owner on a RED Epic-W kit.

The documentary I was supposed to shoot in Florida went through, so I spent my time leading up into Christmas working on that. Although I had shot some short format stuff with the Epic-W, this was the first larger project test of the camera and I came away pretty pleased. I shot in 6.5K 2:1 most of the time (with some 6K 2:1 for limited slow motion sequences). Shooting 6.5K helped to save on data storage requirements. For lenses, I shot on the Sigma Art zooms (18-35mm and 50-100mm F1.8) and the Canon 24mm tilt shift. I'm pretty happy with the pairing of the Sigmas with the Helium sensor. A few screengrabs are below. The shoot went smoothly and we plan on shooting the other half in late February or early March.

In other news, the short film I shot this past winter, The Untimely End of Ms. Xiang, had a screening that I attended. The editor told me that everyone who he showed it to were amazed that I shot it on a Canon 7D, as they assumed it was done on a proper cinema camera. After seeing it, I'm pretty pleased with how it turned out. It's been making the festival rounds and has won a couple awards.


The DC tribute film that I co-shot, Fair Fight, has also been winning awards including "Best Fan Film" at the Action on Film Festival as well as Martialcon. That team went on to make a Harley Quinn fan film, but I was unfortunately unavailable to shoot that project.

There were a couple other random shoots mixed in there, interviews and YouTube content, so it was a very busy ending to the year. I'm looking forward to what this year will bring and am excited to push myself even harder.