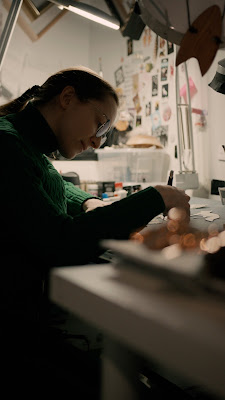 I had a last second request the other night to help shoot a social media promo for an artist friend, Daria Aksenova. The client was only expecting something shot on a phone, but since my new RED Komodo was sitting around, the video got a little upgrade.

Shot in 6K 16:9 sensor mode, 2K ProRes in portrait orientation, as this was specifically for an Instagram Story. I used my Sigma 18-35mm lens, mostly at the 35mm end. I monitored with the standard RWG-> Rec709 transform, but used the Panavision DXL LUT in Premiere and that's all the color grading I did other than slightly warming up the other shots to match the second. The first two shots are lit with just a single desk lamp and in the first picture I used my AAA pocket flashlight to shine on the foreground material to give it some bokeh. The other two shots were lit with a single Kino Select 30.

I recorded to ProRes as I haven't tested out the Komodo r3d workflow on my laptop and didn't have the time to lose if there were issues (under 3 hours from deciding to shoot the promo with no shot list to delivering the files - one 15 second cut and one 30 second cut). Fortunately it was only 4 shots and the client didn't want audio, as they wanted to add their own music. I'm used to shooting for exactly what I want (rather than "change it in post") so not having the added flexibility of r3d wasn't a huge deal for me. 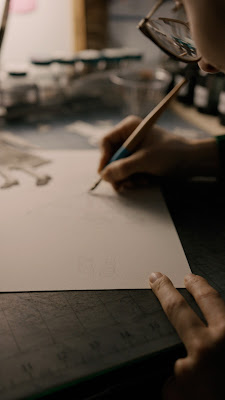 If I had had more time to figure out what to shoot, I would have timed the last shot a little differently, but oh well. What can you do?
As for the Komodo, I tried using the autofocus feature for the shot seen in the second photo, keeping the pencil in focus as I pushed in. It didn't work very well as it kept hunting around. I'll admit, it is a fairly challenging autofocus situation. I ended up just locking my focus on my "b" mark and let the pencil come into focus as I pushed in. I think it worked better that way anyway than keeping the pencil sharp through the whole move.
I didn't exactly push the dynamic range too hard other than the first shot, with the dark foreground and shadow side while also having a sliver of bare lightbulb in the lamp visible. I think the highlight rolloff in that very bright part held up well, with no harsh clipping, considering I was exposing for the darker portion of the image. Most of my shoots over the past few years have been Alexa (Classic, Mini or Mini LF), so I was surprised that I could get a similar looking image out of the Komodo with very little effort. Again, I wasn't exactly pushing the sensor to the limits or anything, but it has a nice, organic feel and pleasing colors.
Would the Komodo be my first pick as an A-Cam for bigger productions? Maybe, maybe not. The extremely limited frame rates (very few off-speed options, even at lower frame rates) and limited aspect ratios straight from the camera (only 6K offers a 16:9 option right now and there is no anamorphic support yet) keep it fairly limited, though it's likely only a matter of time before more options get added. Once those are addressed, I don't see any reason why it's not a perfectly viable option for anything that doesn't need super-slow motion shots. If I need to overcrank a lot, I'd use something else. But the rest of the time? I think the Komodo will get the job done just fine.

What is this, a house for ants? 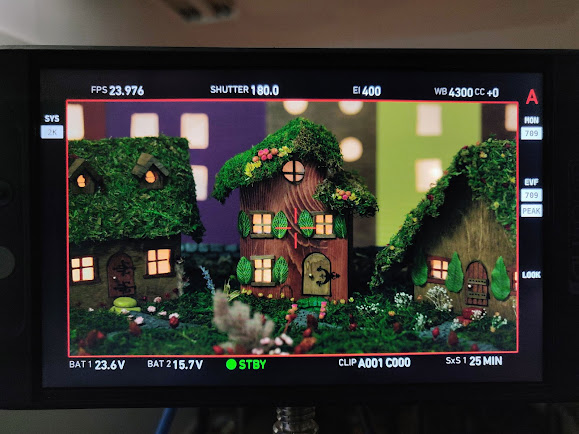 One of my friends is working on developing a children's series and needed help shooting some miniatures for the opening and some cutaways. Since I've shot several miniature sets before, I was asked to help light and shoot the buildings. The series is a puppet driven concept with the pilot already shot and an almost completed teaser trailer, so it was just a matter of matching the look that had already been established. 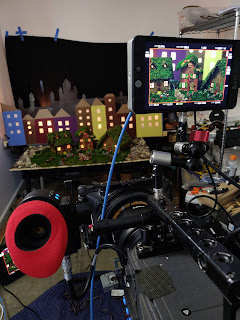 This was a bit of a challenge, as the space we had to shoot in was a tiny, side office space that already had equipment stored in it, so everything was a tight fit, as you can see in the picture to the left. This makes it difficult to precisely place lighting and also limited us on the placement of the set relative to the background, which makes it harder to sell the "far off in the distance" look. We solved some of that by adding a light atmospheric haze that helps push that background farther away since it's "fading" off into the distance. The haze has to be very controlled, however, as it builds up fast in such a small space and we didn't want it too apparent in the foreground.

One of the fun things was that we were shooting both day and night scenes, so got to light for the two times of day. I always enjoy a good miniature that has built-in lighting, as it makes it feel that much more alive. Since this show utilizes puppets, I think the hand-crafted look of these sets also fits the overall visual aesthetic where we aren't going for absolute realism, but more of a fantasy-enhanced version of the puppet reality.

We shot on the Arri Alexa Classic, using my set of Sony CineAlta prime lenses for a look that is very comparable to Zeiss Ultra Primes, but at a fraction of the cost. We had a set of 3 Zeiss Super Speeds on hand as well, but not in the focal lengths we wanted.

Overall, it was a fun shoot with good people, even if the small space did provide some lighting and plane separation challenges. I did have to be careful when operating on the moves, as when shooting miniatures the small movements and possible vibrations get amplified, so you want to take things nice and smooth, keeping a careful eye out for anything that might make the shots look too much like miniatures. 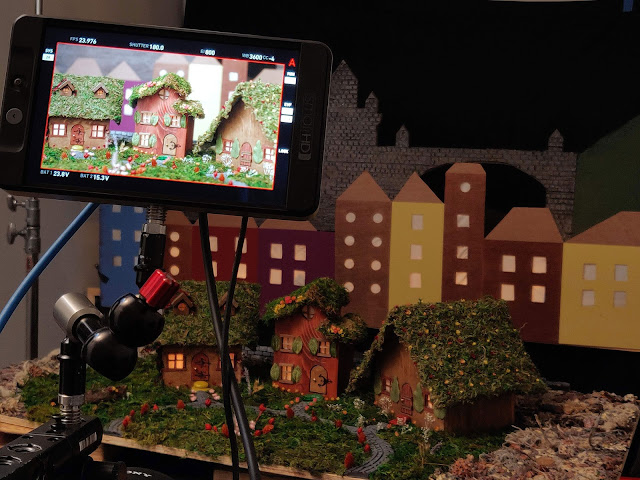 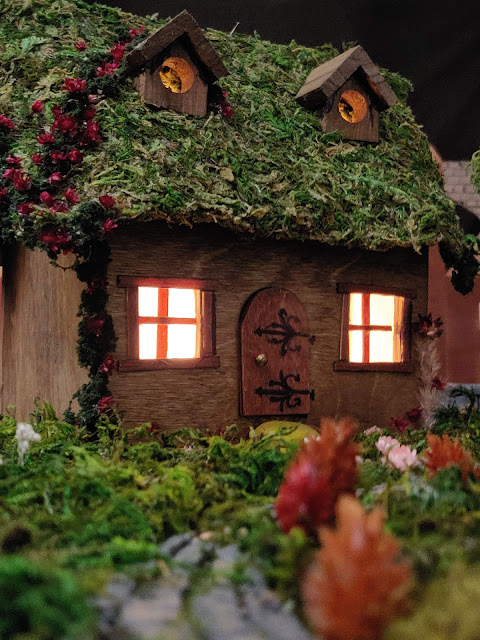