Another year, another San Diego Comic Con. As in recent years, both Nobility and Space Command had panels. What was different this year is that Nobility has a finished project, with color correction, sound mix, and FX complete (or nearly complete). The panel was well attended and the footage looked the best it has yet. This year, we even managed to get Doug Jones in on the panel.


For the Space Command panel, they had to use the entire length of the table! The panel was huge! Hey, wait...is that Doug Jones again? That guy is everywhere! Unfortunately, I had an appointment to keep and was unable to make it to this panel. They debuted the opening 6 minutes of the film. The VFX were not quite complete from what I've been told, but it's a start. This movie is extremely FX heavy so the post process has been excruciatingly slow, as they're working on a very small budget for what they're trying to pull off. But they're still at it.

This year, Rogue Warrior: Robot Fighter had a signing. Dave Seeley designed the movie poster and was kind enough to let us do a signing in his booth. I'm pretty sure nobody cares about getting my signature, but it was fun nonetheless. The film is in the final stages of the sound mix and color correction, so the director says he's aiming to premiere it at the Action on Film Festival in early September.

Other than that, at one of my meetings I received some great news about Mystic Cosmic Patrol, the pilot I shot last year. It seems that there is some definite interest in it, with a deal very, very close to happening. As we all know, nothing's certain until the ink dries (and even then plans change), so I'm keeping my fingers crossed on that project. It was one of my favorite things to shoot and possibly my favorite end product, as it looks fantastic, sounds great, and is hilarious. I'm usually very reserved in my praise, but this is a show that I'd tell everyone I know to watch.

Well, that's it for Comic Con. It wore me out, but I had a lot of fun and my meetings went well. Here's to hoping I'll have some other new projects to showcase at next year's SDCC!
Posted by K.F. Wright at 2:24:00 PM No comments:

This past weekend I helped out some of my friends who were shooting their DC Comics fan film, Fair Fight. This was part 2 of the project, with my fellow DP Scott Baker handling the first installment. We utilized the same location and camera, a BlackMagic Pocket camera. While I've shot with BlackMagic cameras before, this is the first time I've used the Pocket Camera. The one I used had a speed booster and included a set of Leica still lenses with a Duclos Cinemod.

I shot handheld primarily on the 25mm and 50mm, with a couple shots on a 100mm and a single shot on the 24mm. The B-cam shot on a 14mm or 35mm Rokinon on a small Glidecam-style rig. Matching the settings from part 1 as closely as I could (ISO 1600, F2.8, ProRes 422, 120° shutter), we shot pretty much everything with two cameras at a time. I'd occasionally shoot ISO 800/F2 when I could, but tended to stay at a 2.8 to give myself a little extra leeway since I was pulling my own focus off of the tiny Pocket Camera screen.

Since the original shoot was unable to recall if they shot with the flatter "film" profile and then graded, or shot straight to the "video" profile, I opted for the flat "film" profile, as it's easy to get the video look from that footage, while the reverse isn't true. They were also unsure about the color temp, so I went with 4000K, as the first part had pretty orange tungsten while the blues were fairly blue. By splitting the two temps, I gave them warmer than average tungsten and kept my blues nice and strong.

I believe these grabs are off the ungraded screenshots. I kind of like the muted color scheme, as it fits the darker and grittier nature of the content. Part 1 has a lot more saturation and contrast, so these will probably get graded to a crunchier look for the final product. 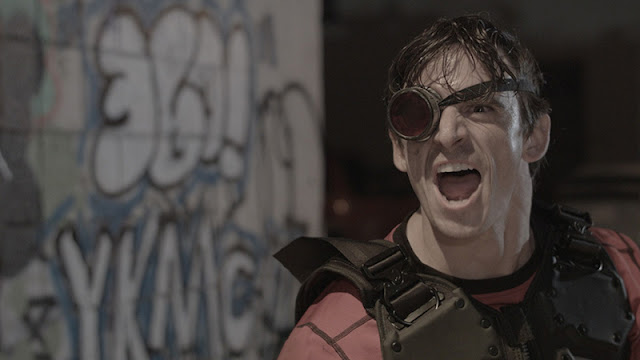 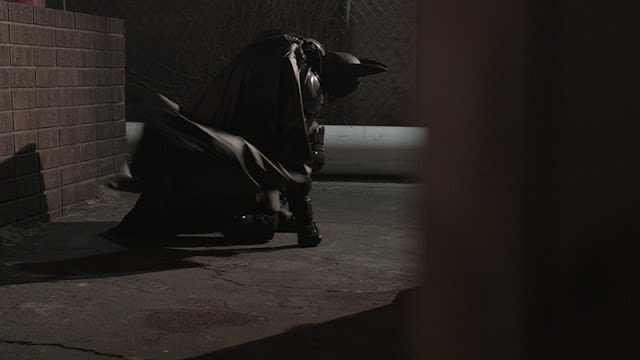 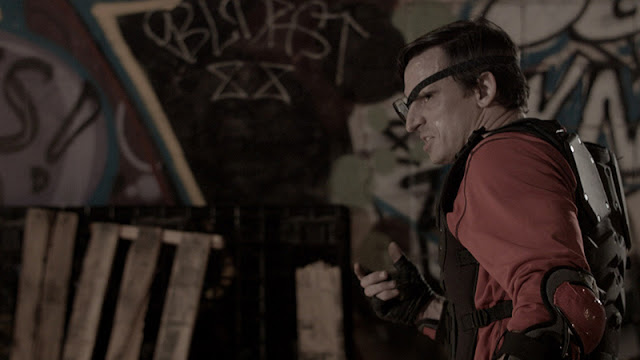 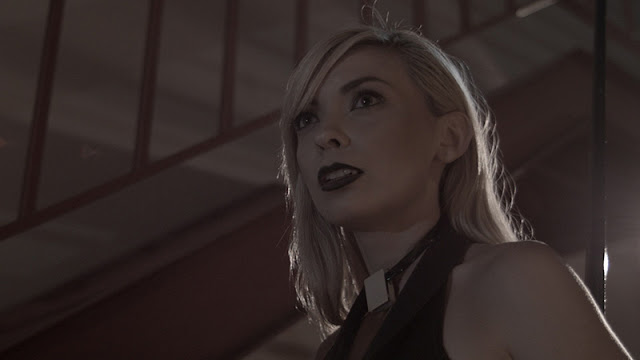 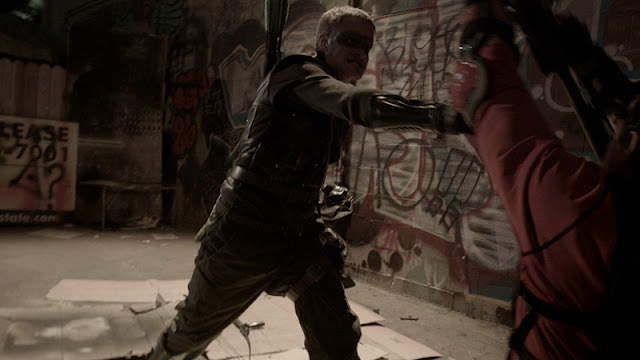