My actor friend Ralph Guzzo was looking to add a guitar session to his acting demo reel, as his agent had requested it. So I got together with Ralph for a little jam session; him on guitar, me on camera, and Jim Zicree recording sound. We knocked out a simple lighting setup and went though a few different music styles with various coverage: close ups on the guitar to show his finger work; mediums to show that it was indeed him playing the guitar; and a couple wides to vary up the edit.

Shot on RED Epic with some vintage Olympus glass using an EF adapter ring on the lenses.


Today we went out to the desert to shoot a couple pickup scenes with actresses Tracy Birdsall and Marilyn Ghigliotti. It was a pretty light day, with only a couple pages of dialog to get through, but the location was pretty fantastic.

And here are a few more screengrabs from Heirloom. These are ungraded, so may not totally represent the final look of the film. This is with the DragonColor2 and RED Gamma4 profiles. I feel like the RG4 profile is much too aggressive in the darker parts of the image, crushing the blacks too quickly and mushing up the darker mid-tones, but for the sake of quick screengrabs, I suppose it's okay. I would have exported using RED Gamma 3, but for some reason couldn't get the new build of REDCine I was using to let me select RG3. 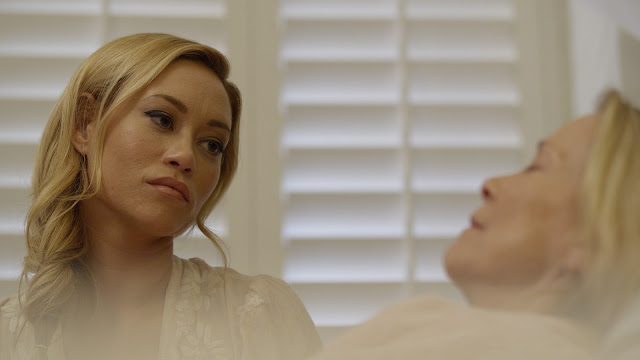 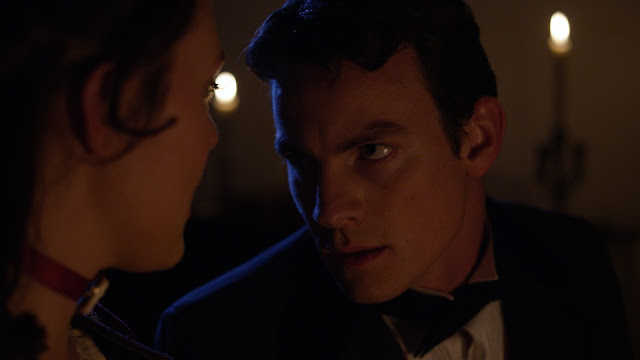 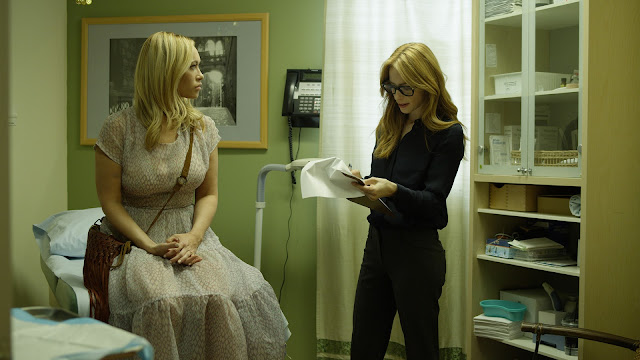 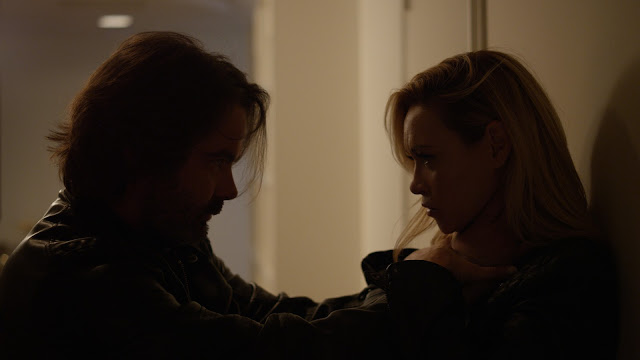 As I mentioned recently, I'm shooting the short film Heirloom. We finished out the last two days this past weekend. It was directed by Scottish director Marianna Palka and we had a very similar sense of taste in shots, often coming to the same conclusions independently. While it was a lot of coverage and a small crew, the shots were well planned out and we managed to finish early almost every day, so that made life easier.

There was a lot of use of mirrors, which always makes things a bit more complicated, but it was a lot of fun coming up with interesting compositions that utilized them. The film also featured some period elements at night, so all our lighting had to be motivated by pre-electricity sources, which I enjoyed. We shot on RED Epic MX with Sony CineAlta lenses. I'm quite pleased with the lenses, as they offer fine detail while smoothing out the digital edge to the sensor. 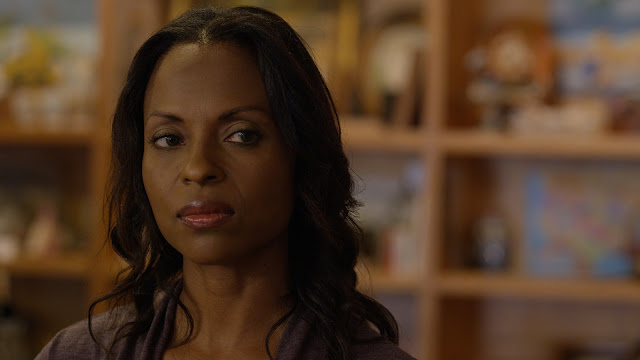 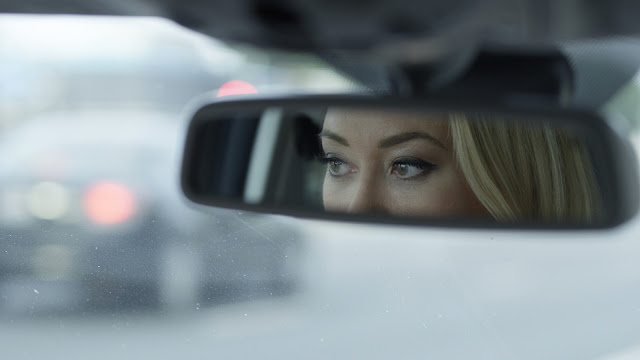 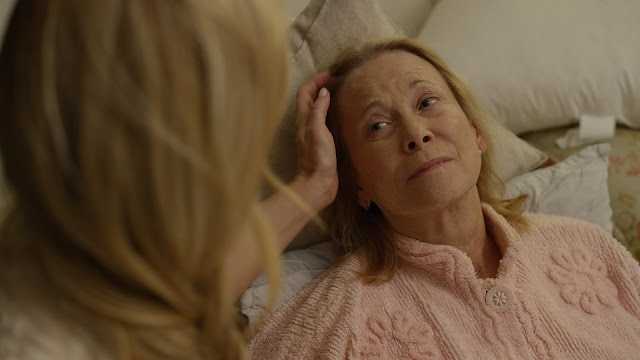 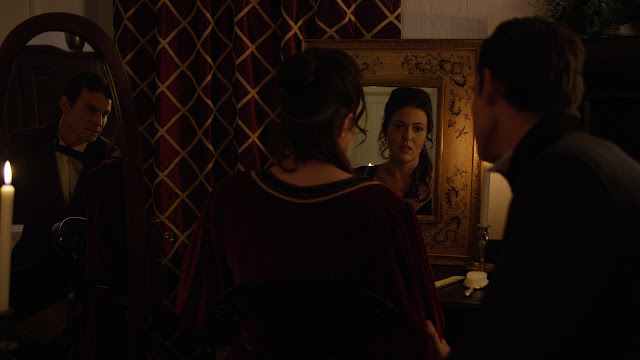 I had scheduled a day to grab some location shots for my Titan teaser trailer and finally got some time this last week. My DP for the first day was on a job in Texas, so I shot this myself. Having sold off the RED Dragon I used on the first part, I opted for a Sony A7s with some old Olympus glass and an EF adaptor for this stuff. The lenses had some nice flare and I'm pretty happy with the organic edge they added to the Sony. The Sony was shot in Slog-2 (Picture Profile 7).

The plan had been to mount the A7s on a DJI Ronin M for some super smooth, match cut follow shots to contrast with the handheld nature of the spaceship footage. The Ronin, however, ended up having a major issue and wasn't smoothing out the shots. The Sony has major rolling shutter issues if trying to walk handheld, but I did my best to walk smoothly. It wasn't perfect, but for my no-budget trailer I'm shooting, the footage got the job done.

My friend Jim Zicree also came out with his DJI Phantom3 drone. With the sun going down, we knocked out a couple quick shots that ended up working well. We all wish we could have had a bit more time to play with the drone, but the Ronin gimbal issues at the beginning of the day ate up a lot of time and set us behind schedule. Fortunately, we got all the shots I was after and they're what I needed for this trailer.

Yesterday we shot day 1 of 3 for a short film entitled Heirloom. I teamed up once again with actress and producer Laura Monaco (Mystic Cosmic Patrol) to shoot this. Our first day consisted mainly of a single location at a cool little vintage store, with some additional photography in a car and an establishing exterior shot at another location. This next weekend we'll shoot the two remaining days of principle photography.

We shot on the RED Epic MX with Sony CineAlta primes. I brought on my trusty AC, Nick Forte, who always does a great job nailing the focus and is an all around good guy. Here are a few BTS pictures from the crew. 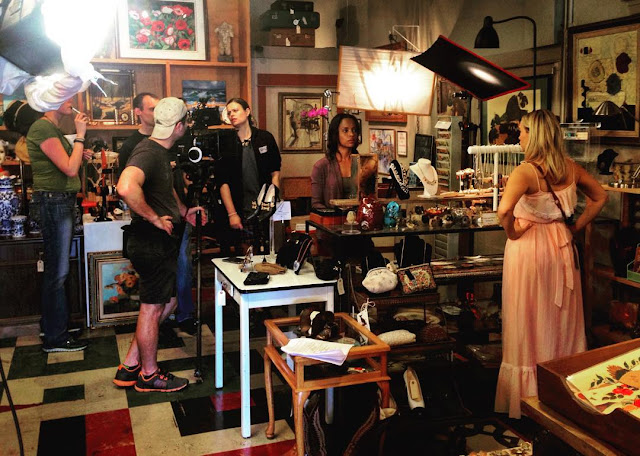 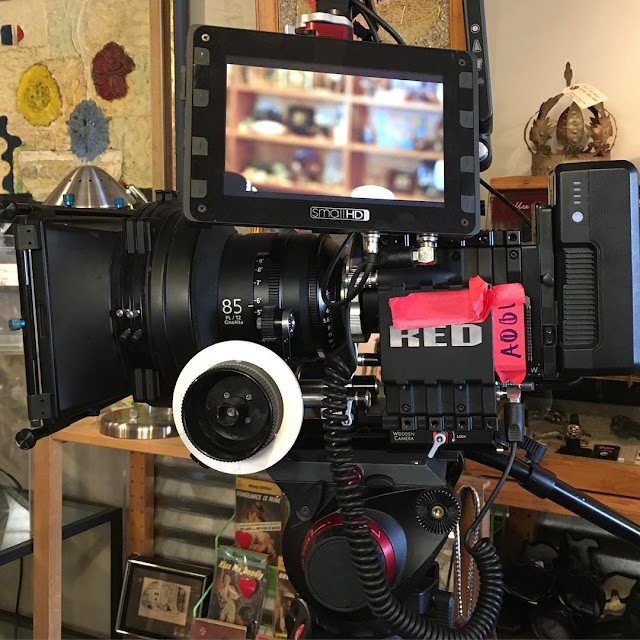 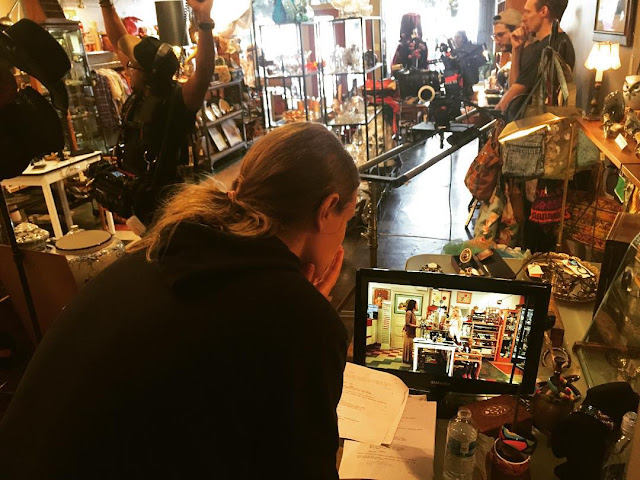 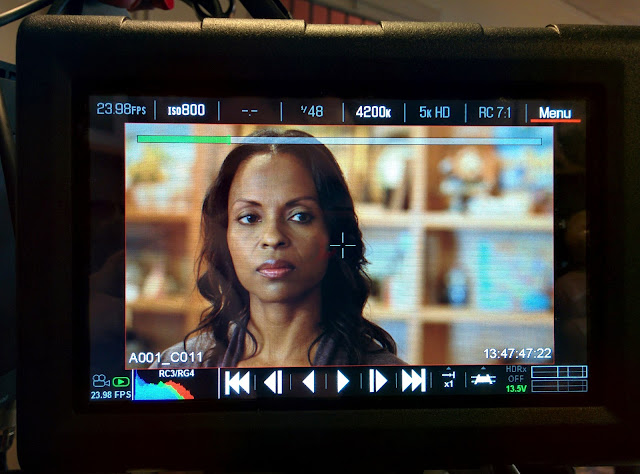 This was a pretty busy convention for me this year. Space Command had a panel where they debuted a new trailer with some of the completed FX work and rough color correction. Part of the cast was there for a Q&A session and panel. They also talked about their plans for more upcoming films.

I also attended another panel for Triborn, a project that I'm discussing coming on board to shoot. It's an original science fiction property and has some great names attached. For being a small, independent production, there was a pretty good sized crowd in attendance.

The big event, however, was the premiere of Nobility. The guys have really been working hard in post to get this thing finished and we were able to screen a near-final cut of the film. It was well received and there were a lot of people there to see it. Here's what people were saying on Twitter after the showing: 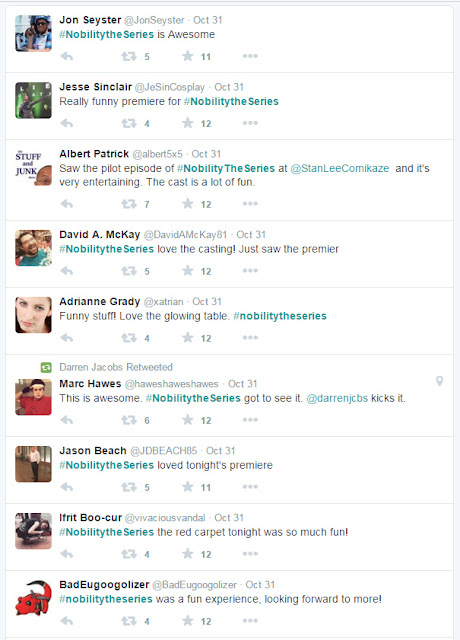 Comikaze was a good convention and it was a real pleasure to have participated in a couple of the projects that were featured there. Hopefully I'll be back again next year with more projects to share with the world.