Edit: While watching Hacks season 2 I finally saw the establishing shots we did. I had originally thought they were for Hacks, as we shot them soon after the Las Vegas driving plates for season 1. I don't recall them getting used in that season, so I thought maybe the plates were for one of the other shows we shoot for. But then there they were, being used as establishing shots for the talent agency where Jimmy works. You can see the symmetrical buildings I took the BTS photo of in the background. 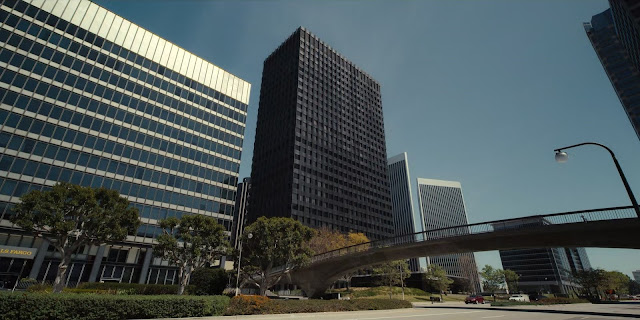 Sometimes I'm tasked with shooting a couple establishing shots for a TV show. The strange thing about the work I do is sometimes I have no idea what show I'm shooting for and I have no clue if this show ever came out, and if it did, what shots they used (it's been long enough that the show would have aired already). This shoot consisted of just some simple building establishing shots. We opted for the Sigma Art Cine 14mm and a couple of Zeiss Super Speeds (25mm and 35mm) to capture the large scale of the buildings.

The client had pulled some stills that they really liked so we were mostly matching the reference angles, though one was particularly challenging. Construction had started since the reference photos were taken and one of the shots would have put us smack in the middle of a huge work zone. So, with a little creativity, and tucking the camera right up against the barrier wall, we managed to get a shot that was very similar.

Since we were hiking around with our hands full of camera gear, I didn't get my usual BTS photos, other than taking a bonus shot of one of the buildings, but I like the symmetry. 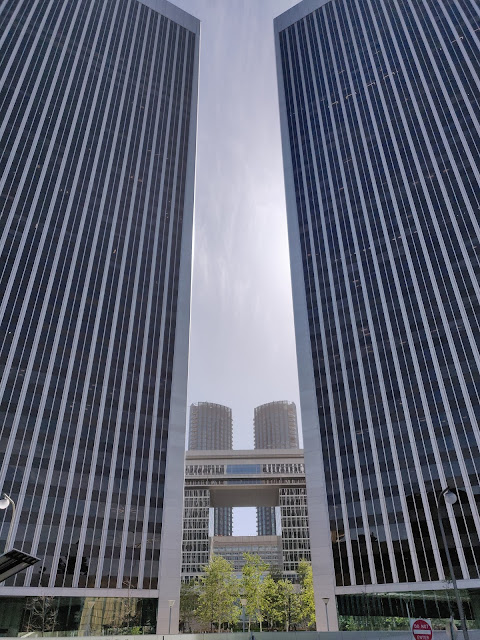 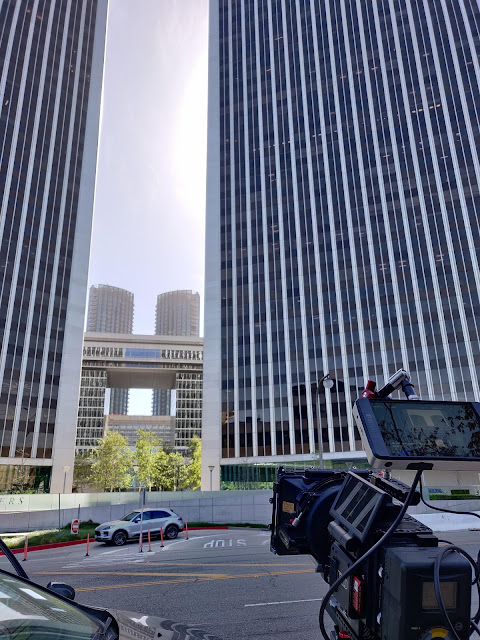