With the new Netflix series Lost Ollie now out, I can finally share some BTS stuff I worked on as a camera operator. This has been a long wait as it's a very VFX heavy show, which takes a long time in post. As a native 4K pipeline, we used the Alexa Mini LF in open gate mode with Arri Signature Primes.

On this project, we shot several parts of the train yard scene, which takes place in episode 2, with the animated characters as they try to catch a ride on a train. We would shoot a pass with stand-in dolls for lighting reference (as seen in the photo below), and then shoot the scene without them so they could be added in post by Industrial Light and Magic.

With the characters only being about a foot tall, we sometimes had to get creative to get the camera low enough to be on their eye line, such as by digging a hole so the camera could get just a few inches lower. 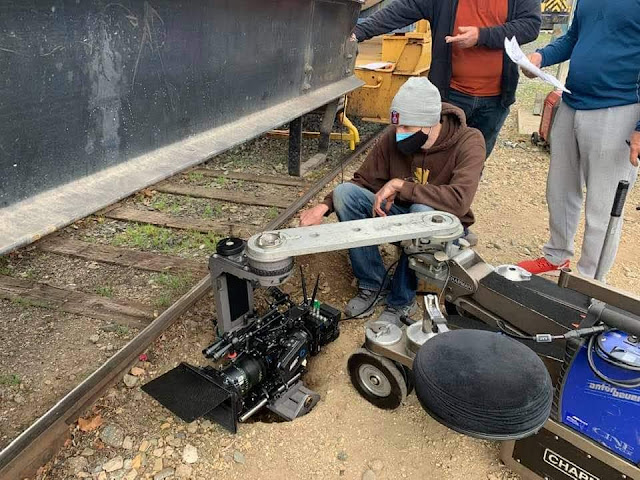 From down in a hole, to up on the roof of our production cube, we got a lot of coverage. 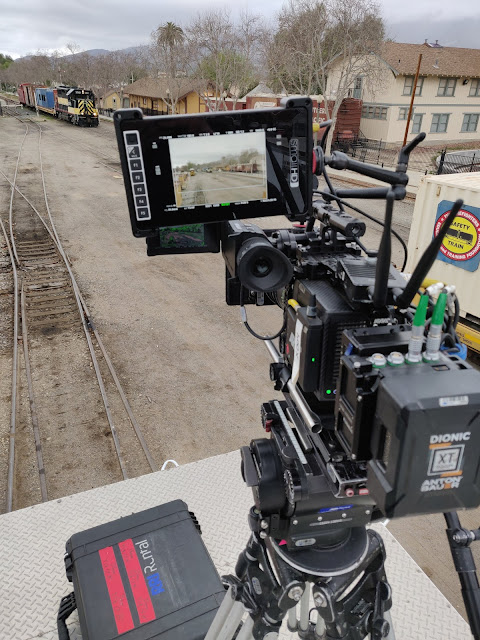 We even put the camera on a truck that drives on the tracks to shoot a shot from "inside the train car" as the characters try to catch it. You'd think it would be pretty smooth, as rails look nice and level. It definitely was not!

We also did a bunch of train drive-by shots as well as dollying shots next to moving trains, where the CGI characters will be inserted running as they try to hop on the train. 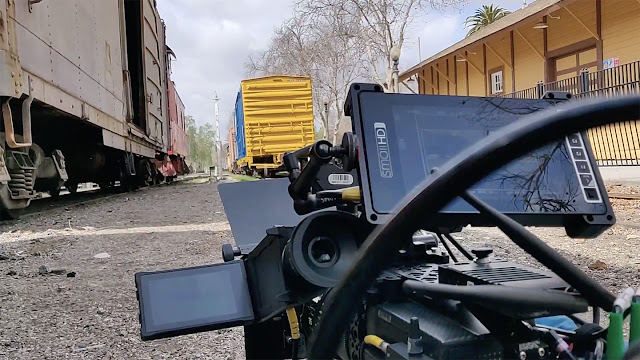 This one was a lot of fun to operate, though it was an interesting challenge framing for character movement that we couldn't actually see and only had to imagine was happening. I also enjoyed helping to find shots for characters that were only a foot tall, as it's a little more unique perspective than I'm used to.