This was my first time at Comic Con and I had a great time.  I attended every day (including preview night) and there was plenty to see and do.  Lots of great costumes, tons of beautiful art, and huge quantities of people to meet.

I had two projects I shot/am shooting (Nobility and Space Command: Redemption) with panels at Comic Con, but unfortunately they had overlapping schedules so I couldn't attend the entirety of either one.  I caught the first 40 minutes of Nobility's panel and then made my way quickly to the opposite end of the convention center to catch the last 30 minutes of Space Command.  Both rooms were pretty full and the projects seemed to be very well received.  The Nobility panel was especially fun, as Christopher Judge kept making everyone laugh and there was an incredible camaraderie between the entire cast.

Both projects also had booth signings that attracted large crowds with long lines.  I can't wait to go back for Comic Con 2015!

Here is a picture of the crowd at the Nobility panel: 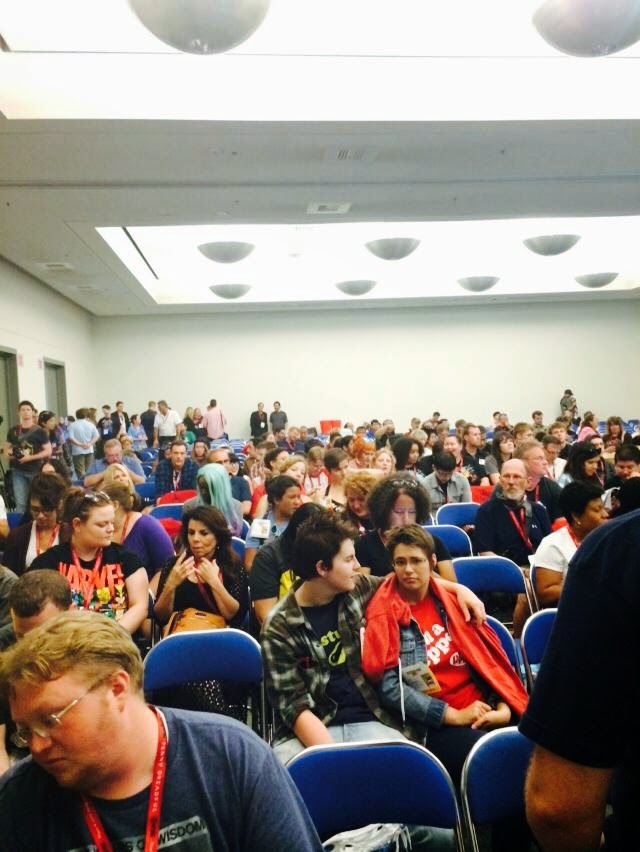 And a full room at the Space Command panel:

Alright, I'm about to head off to San Diego Comic-Con and thought I'd squeeze in one more pertinent update, as it has a panel there this year.  Earlier this year I worked on a science fiction feature film called Space Command: Redemption.  We shot the first part of the film in April and the editor has been preparing a sneak peek trailer for their panel at San Diego Comic-Con.  This past week, they decided to do a few pick-up shots on our nearly completed bridge set to round out the trailer.  I've been extremely busy shooting the pilot for Nobility, but managed to coordinate shooting the Space Command pick-ups on my one day off.

We only had a few lights, but fortunately I've been working closely with our ship designer and builder to integrate as much lighting into the design of the ship as possible.  This allowed us to shoot the pick-up shots relatively quickly and with a minimal crew (basically just my gaffer and I) and a very small lighting package.  I was quite pleased with the look we got.  The directors asked for Star Trek Into Darkness but with a less flat look to the lighting.  I think we got a pretty close look to what they were asking for and we managed to do it for just a little bit less money than J.J. was working with.

I'm looking forward to the show going back into production (probably in late August or early September) so that we can shoot the final two-thirds of the movie. 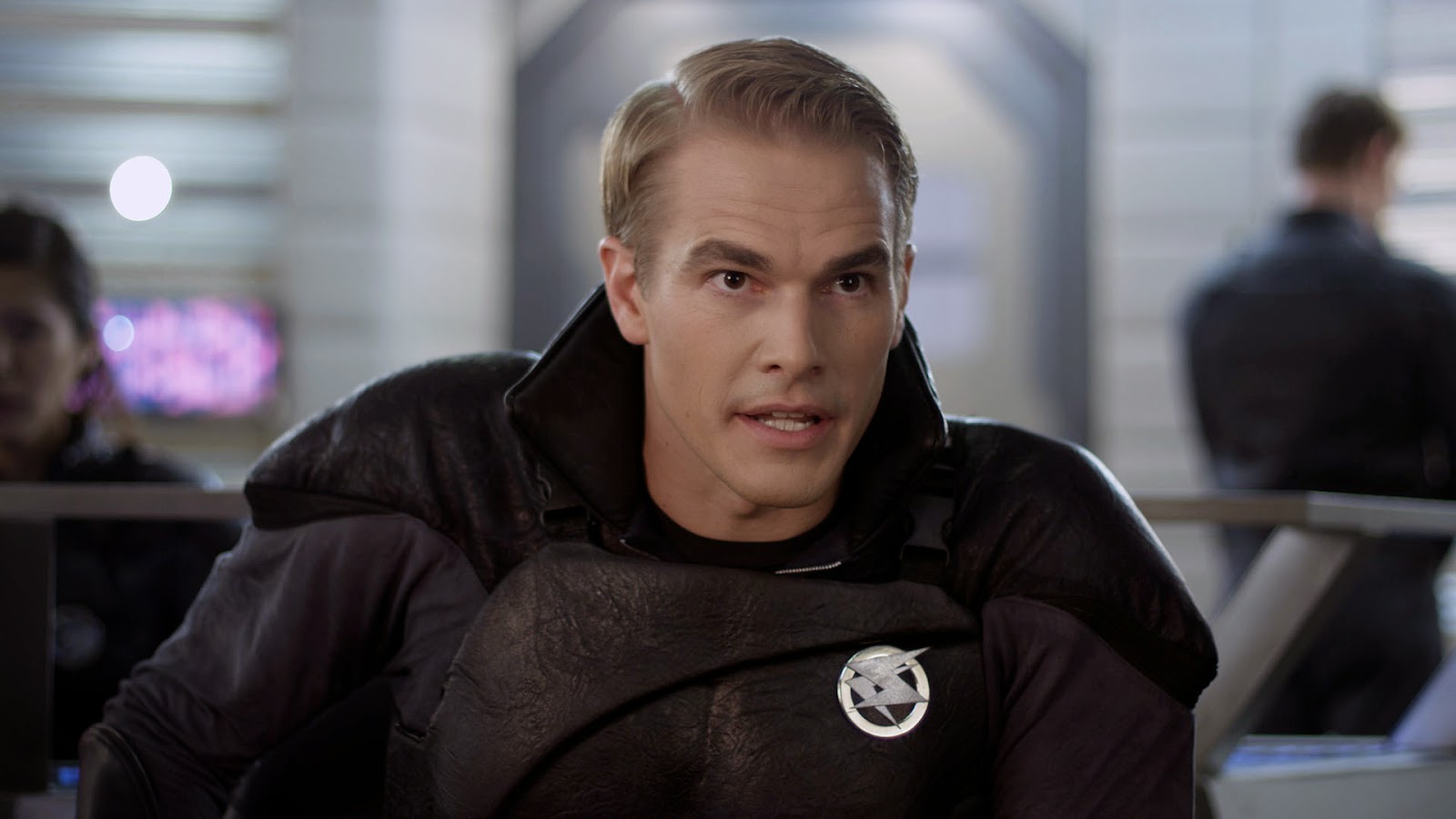 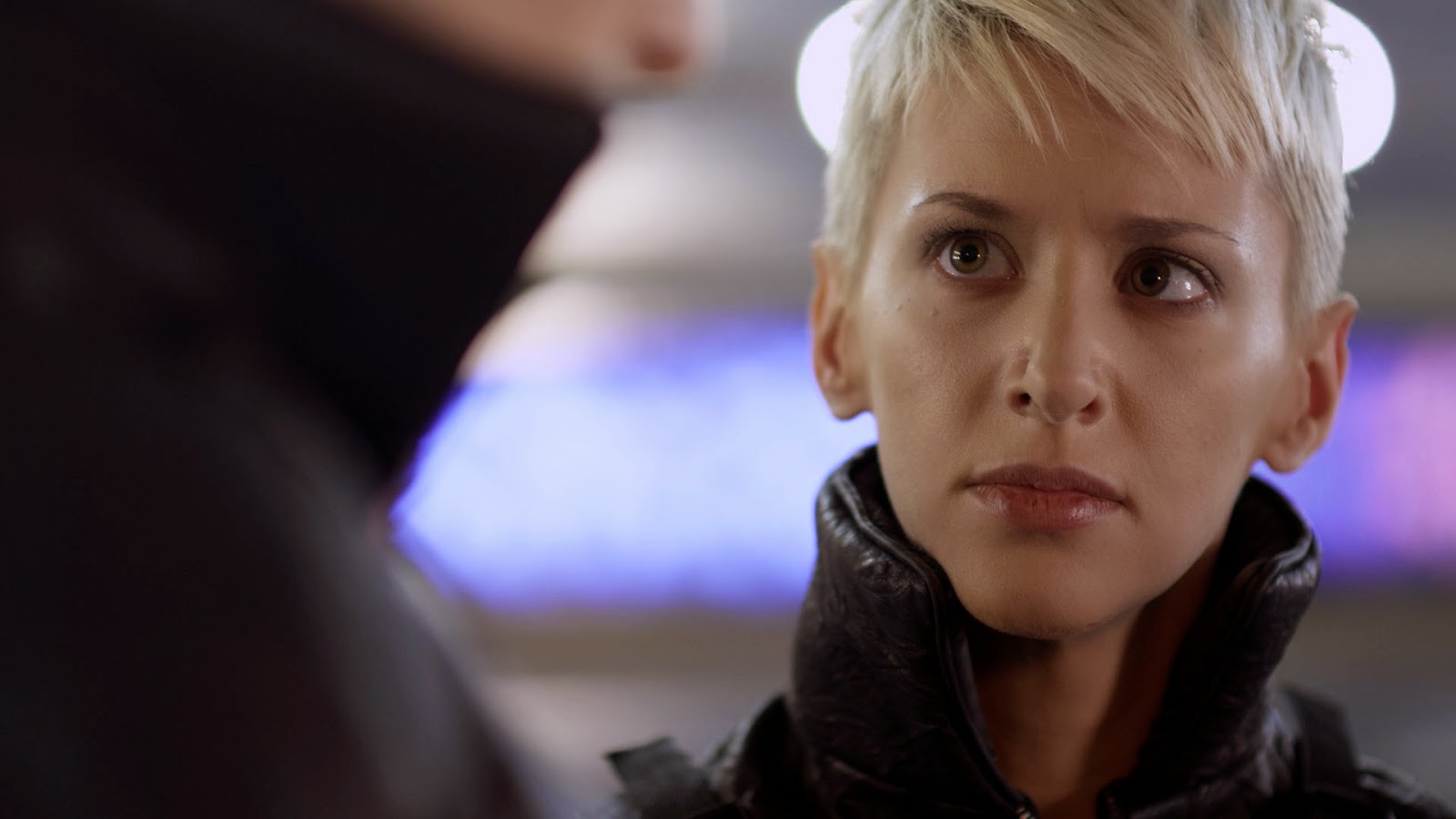 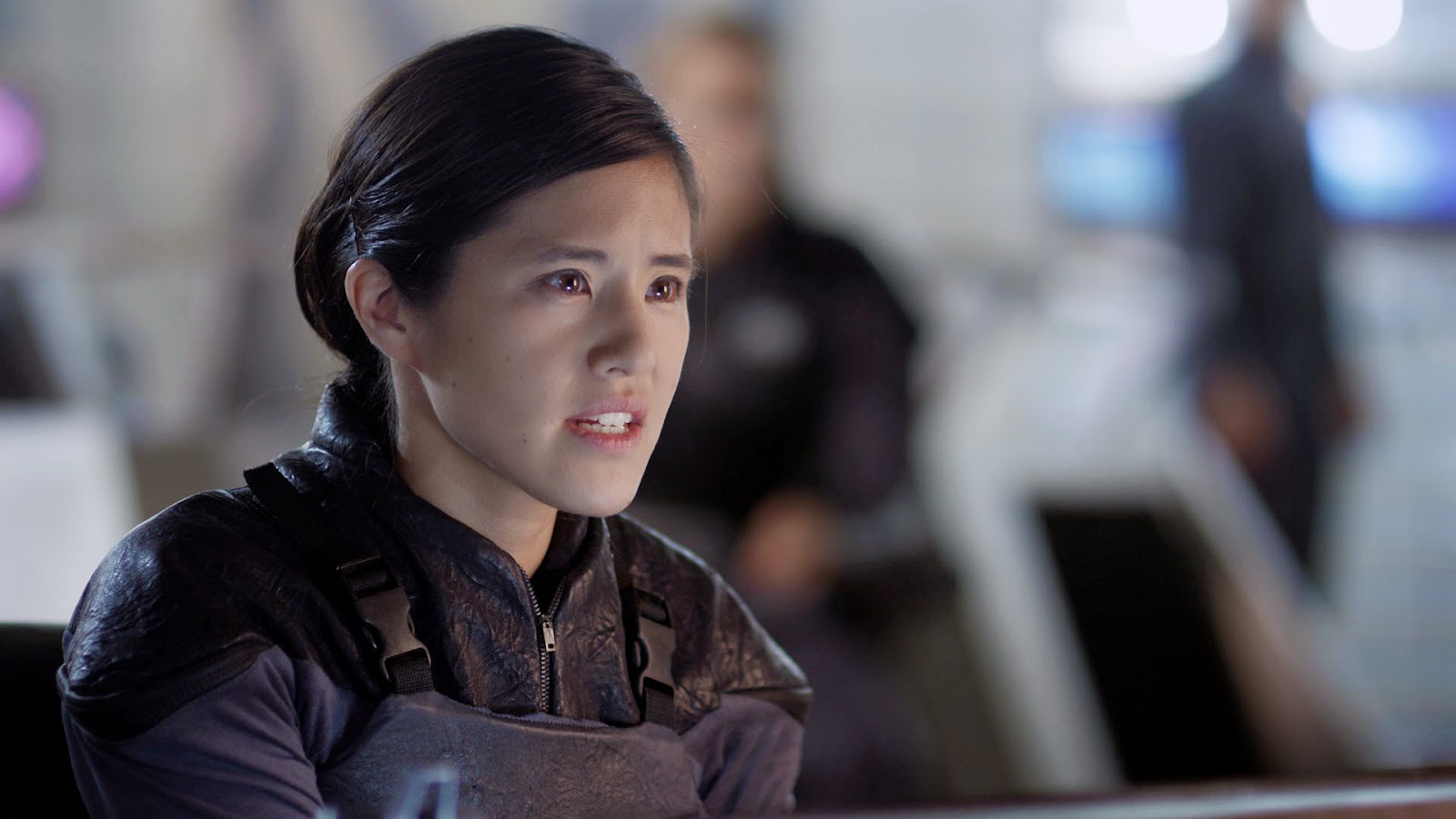 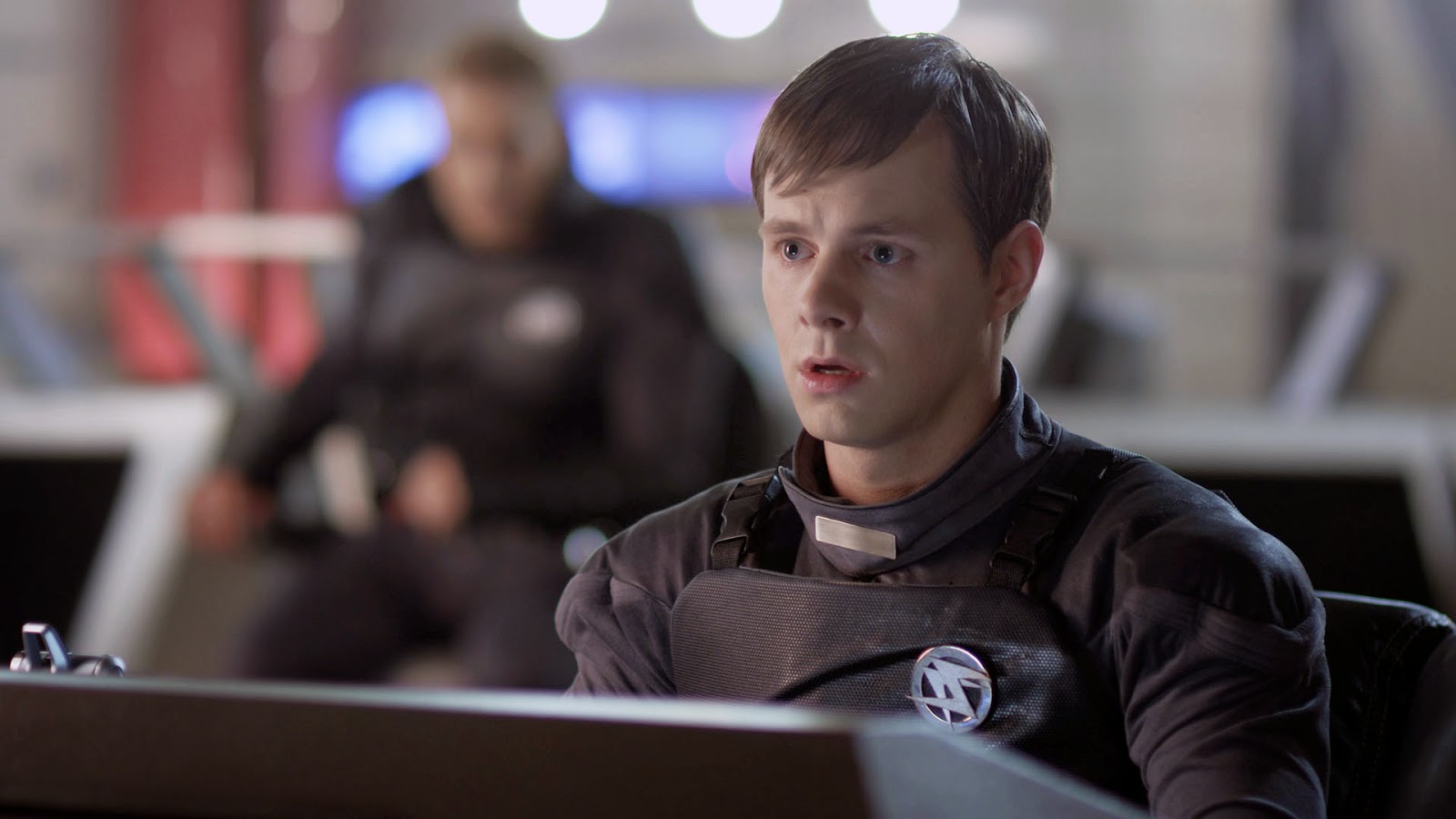 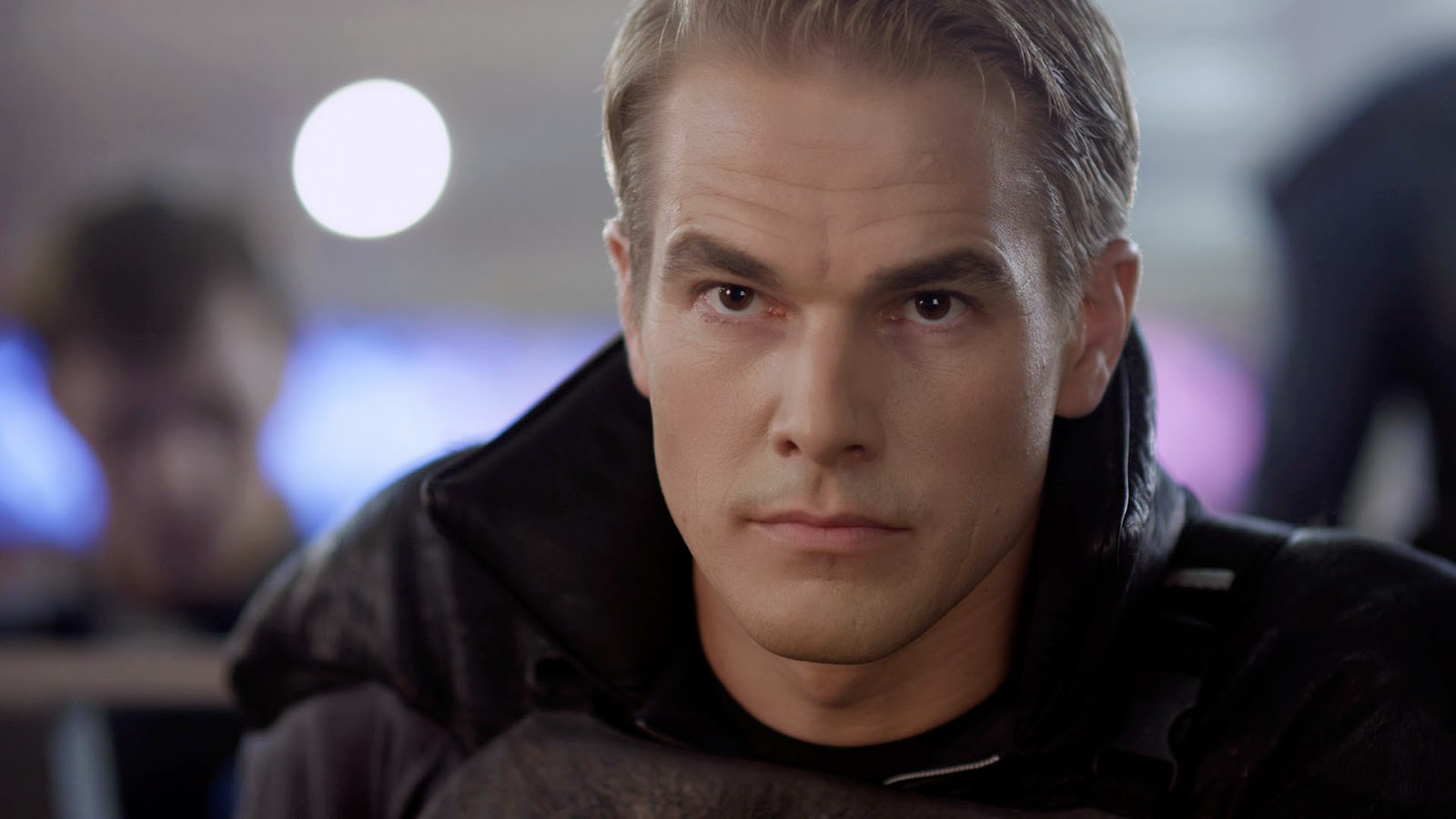 After another nine days of principal photography, we wrapped on Nobility.  This was my first full two camera shoot (three cameras on one day!) and I'm starting to see why some DPs hire camera operators for all the cameras.  It can be a bit tricky to know what exactly all the cameras are getting when I'm busy operating one of them and not able to closely supervise the others.

Lighting was a big challenge on this project, as the sets kept changing and I'd come back in the morning and have to light a completely new space.  Our lights were minimal and I had no gaffer or G&E crew, so it was all me.  We managed to make it work and even wrapped early a couple days, partly in thanks to our director and 1st AD running a tight ship.  They kept things moving, but were always willing to give me an extra minute or two to move lighting around if I needed it, which I greatly appreciated.

We shot RED Scarlet for most of the shoot, with a little bit of Epic Dragon tossed in and we even dusted off a RED One MX for a couple days.  Due to it being a low budget affair, I couldn't afford to hire my normal 1st ACs so we got a revolving door of random guys.  I ended up pulling my own focus for a good chunk of the time (as the ACs were pretty green), but we also got a couple really good guys that I would certainly consider hiring on future gigs.

It was a pleasure working with our very talented cast and Walter Koenig was hilarious.  I'm curious to see what they do with this in post and am looking forward to seeing the San Diego Comic Con trailer they are cutting for the Nobility panel.  This, along with Space Command (which I'll post about soon), makes two projects that I'm shooting that have panels at San Diego Comic-Con this year.  I'm really excited to go and check them both out. 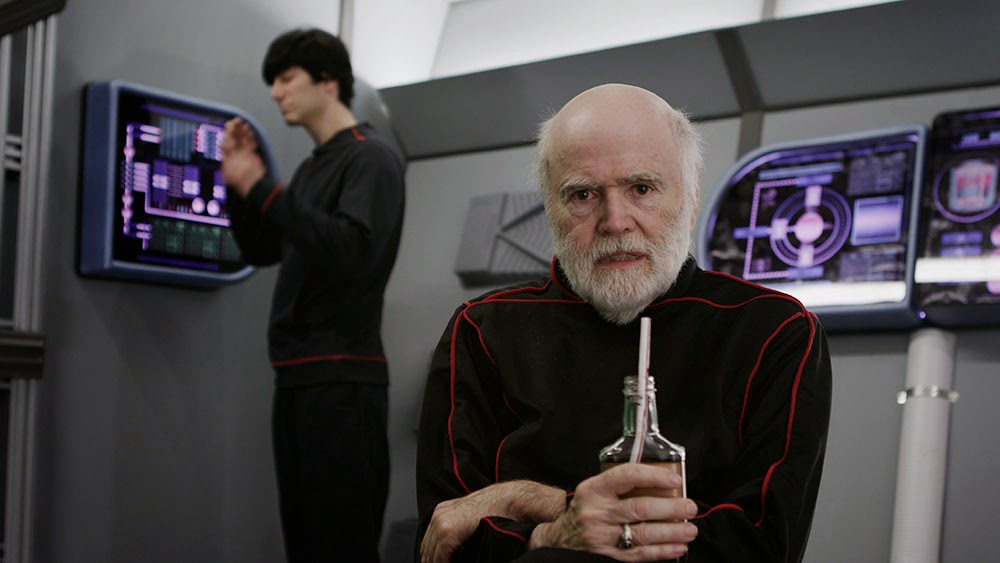 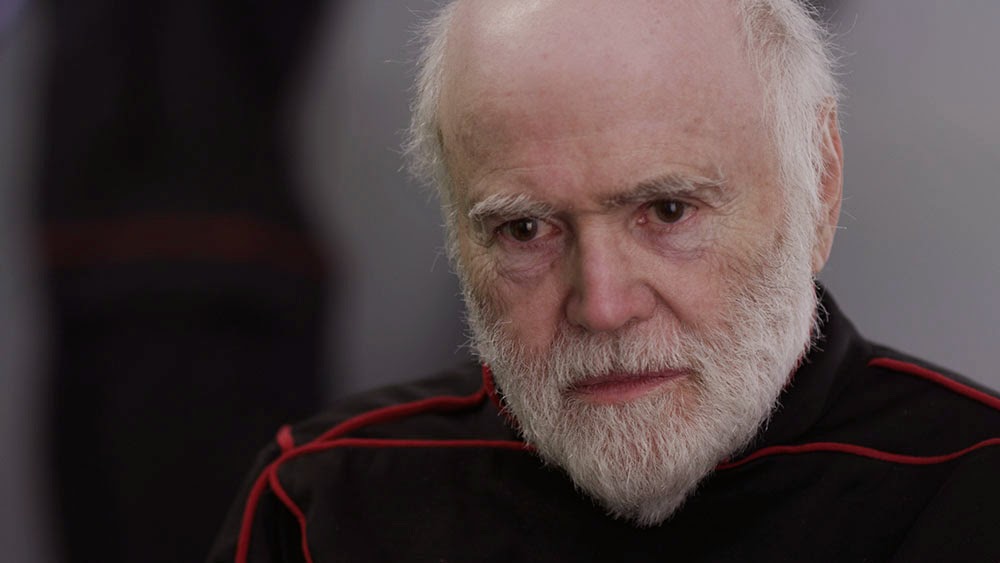 While We Can music video

You may be noticing a reoccurring theme: science fiction.  I seem to be shooting a lot of it these days.  Previously, I shot some elements for a music video for Jon Benton MacKinder's last music video.  So when he had another video coming up with a complex fight scene, he gave me a call.

We shot this on a Canon 5D MkII with Canon zooms.  I pretty much lived on the 24-70mm, as we had very limited time in our location and that lens gets me just about any focal length I could need.  Lighting was a very bare minimum (seems to be another reoccurring theme) and I had to black out the eight or so large bay windows that lined an entire wall of our location.  Fortunately, they had pre-built panels that allowed me to block out that whole wall fairly easily, as I had no gaffer or grips to help me.

The video is still in post and I was unavailable to shoot the other shoot days, so it will be interesting to see how it all comes together.  It's always enlightening to see how three different cinematographers shooting styles combine to make one video.  Here's a low resolution screengrab from the segment I shot.  Sorry for the low quality, as I didn't have a chance to grab anything from the shoot. 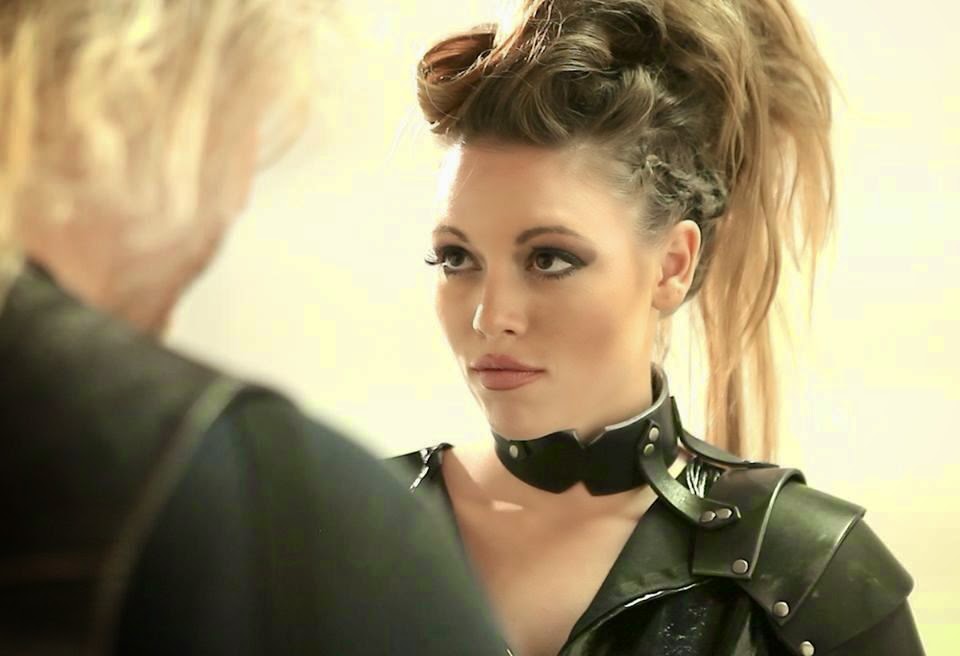 A Change in Direction

It's always a bummer when you make something, only to have your efforts fall by the wayside.  I shot a pair of music videos that were a lot of fun, but ultimately left on the cutting room floor at the end of the day when management decided to rebrand and the aforementioned videos no longer fit with the new marketing direction they were taking.  Oh well.  We had some great costumes, sets, and production team, and I thought we got some great stuff.  But sometimes that stuff just doesn't make it out the door like I would have hoped.  Shot with RED One MX on Canon EF lenses.  Below are a couple framegrabs from the music videos that could have been. 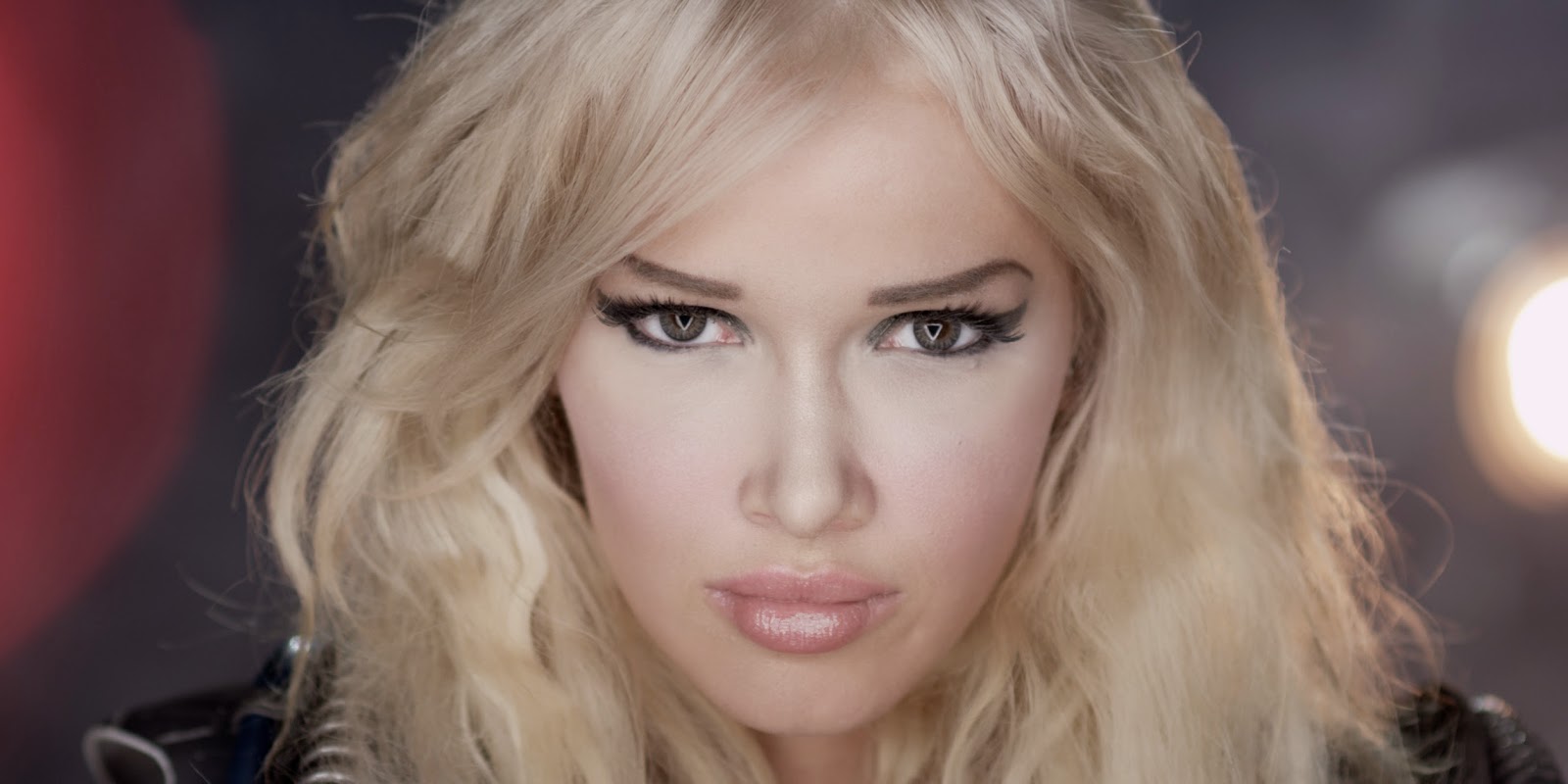 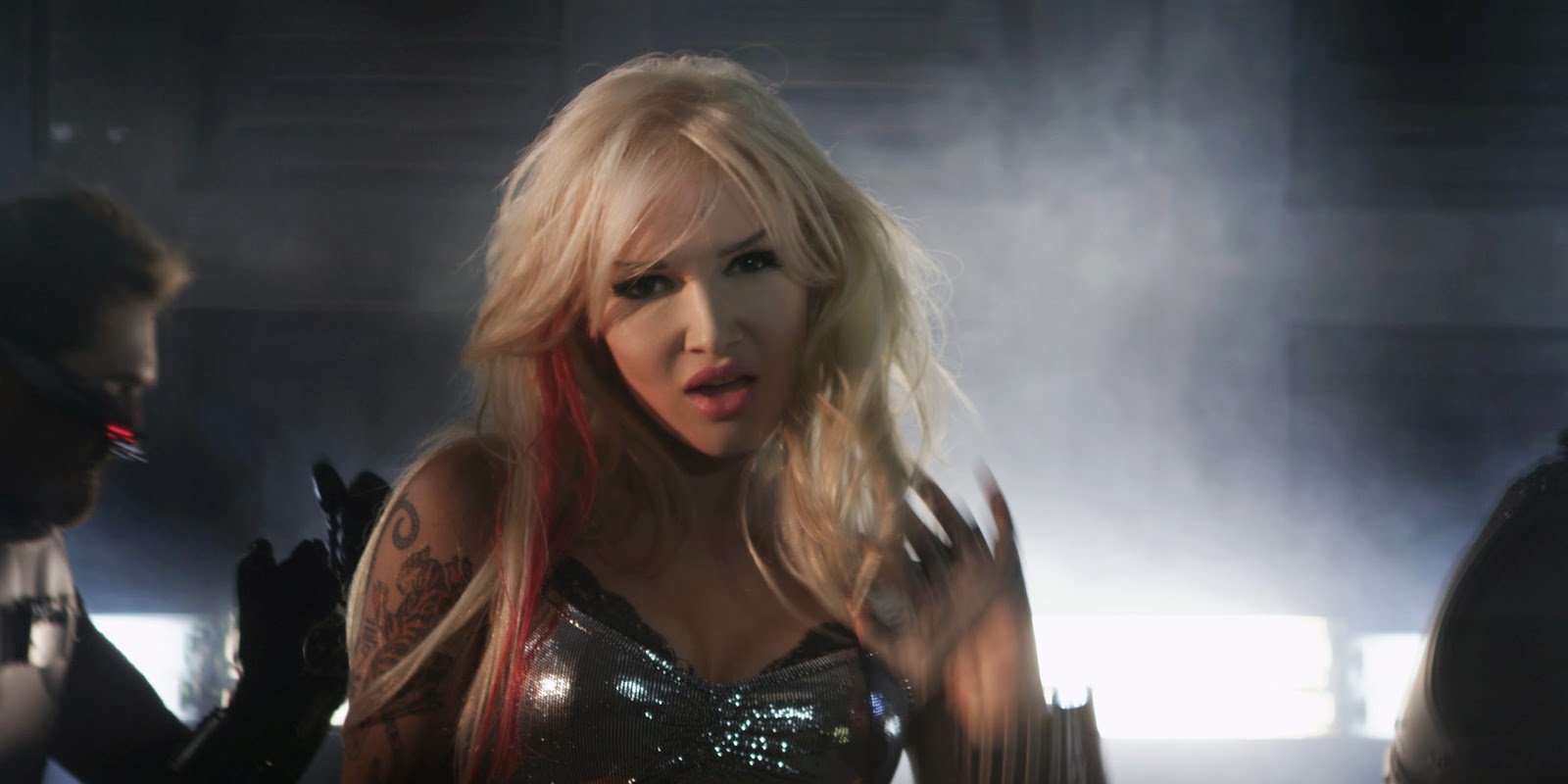 We started principle photography on season 1 of the science fiction series Nobility, described by writer/creator E.J. De la Pena as "Firefly meets The Office."  Part comedy, part drama (so that makes it a "dramedy" or so I've been told), it follows the crew of the C.A.S. Nobility, the newest and most powerful starship in the human fleet.  We're shooting on RED Scarlet with EF lenses. 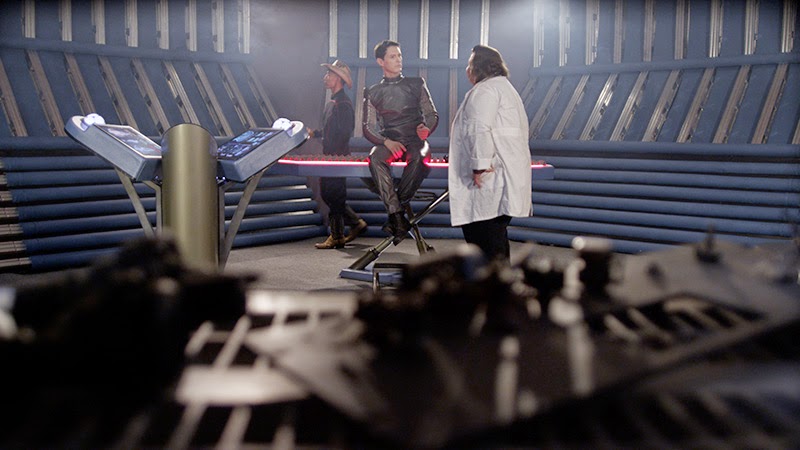 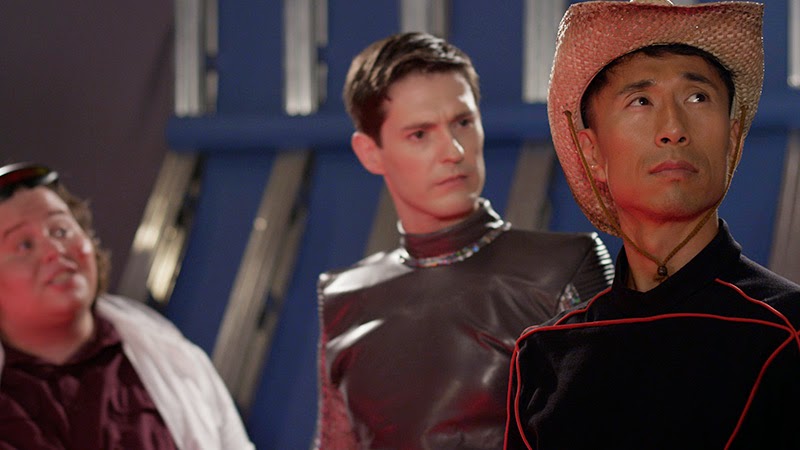 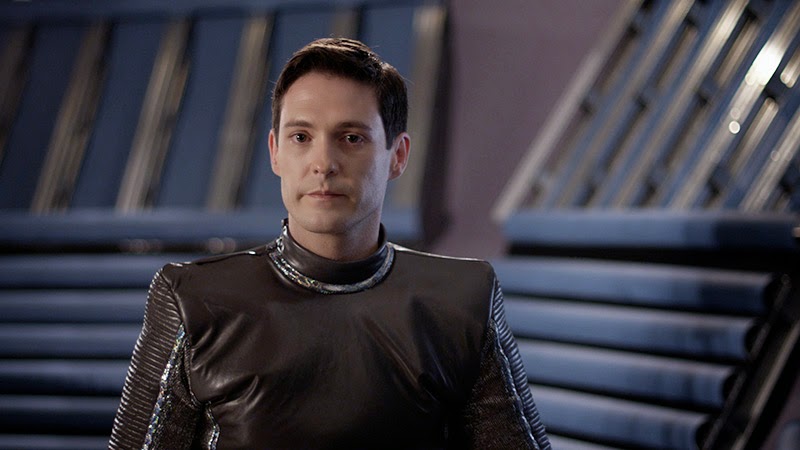 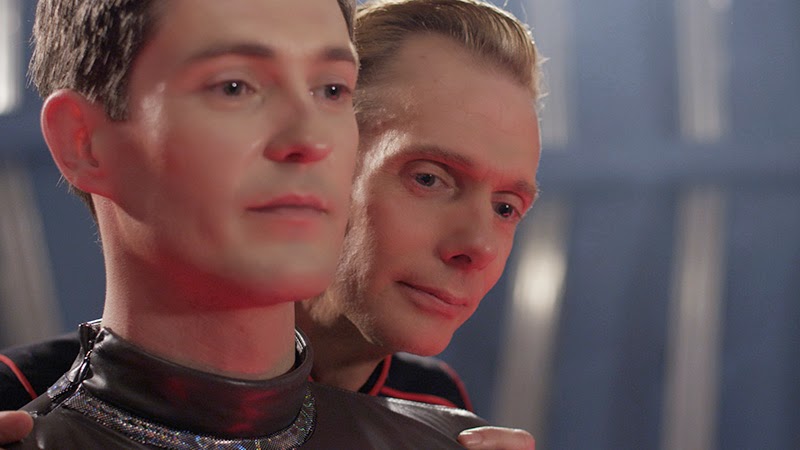