The other week was San Diego Comic Con, which brings in a lot of the big television, movie and streaming studios. This year Netflix went big for their movie The Gray Man, with a giant set and interactive experience where attendees find their way out of a crashed train car, unlock secret briefcases, and end up running across the top of the train car to activate their final token. For the last part of the experience, with them running across the top of the train car, Netflix decided they wanted a camera to fly along with the person as they race along, which is where my job came in.

This gig came through my connection with Industry Sherpa, who has provided us with the Blackarm on most of our driving plate shoots, as well as the rear-mounted platform for the Hacks job earlier this year (and detailed in one of my recent posts). They had a wire-mounted camera system called the Eagle Eye. If you've ever watched an NFL game and seen the camera floating above the field on wires, that is the type of system we were using. We had a specialist from Germany and a Los Angeles based Eagle Eye operator running the wire-mounted system, while myself and one other camera operator were responsible for the payload attached to the Eagle Eye, namely the Mōvi Pro and Sony FX6.

We mounted the camera sideways, as Netflix wanted it social media friendly (aka, vertical video). The iris, focus and zoom were all adjusted through motors run off of the Mōvi and controlled through their console style controller. The Eagle Eye operators programmed in the moves and were responsible for throttling the speed the camera flew through the air while myself and the other operator (switching out for breaks, etc) would operate the camera off of the joystick, as operating was fully manual which required us to frame the shot each and every time, for hundreds of takes.

It wasn't too hard to operate, with the biggest challenge being the dance between the incredibly varied speeds people would traverse the train car top and the speed of the Eagle Eye moving through the air, with us camera operators repeating our moves with slight adjustments to compensate for variances between those two variables. I typically do narrative and commercial work, not live events, so this was an interesting departure from my usual, as there was no such thing as a second take! But it was a good time and definitely helped me sharpen my remote gimbal operating skills. 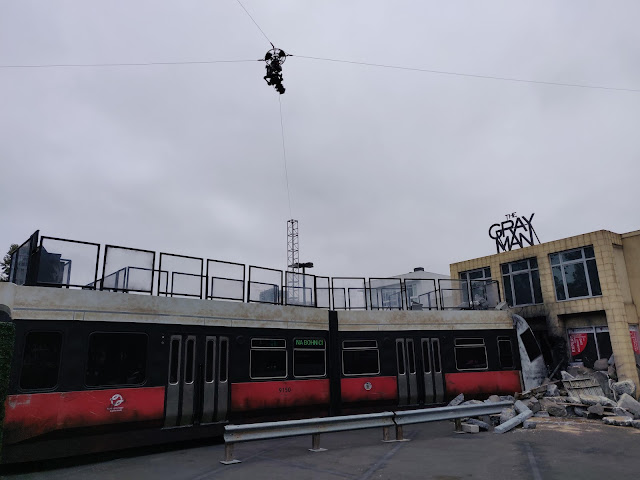 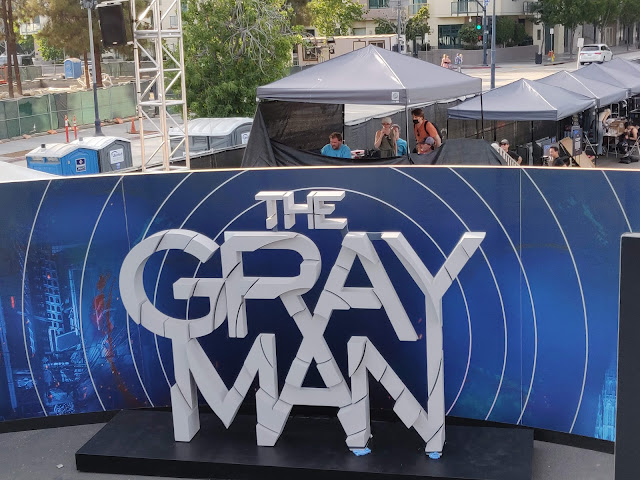 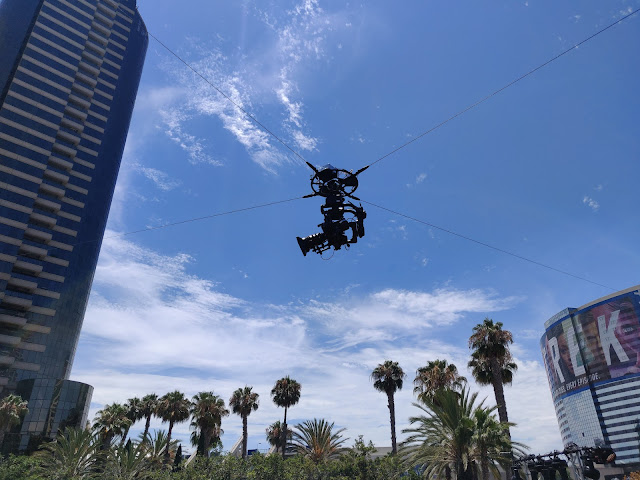 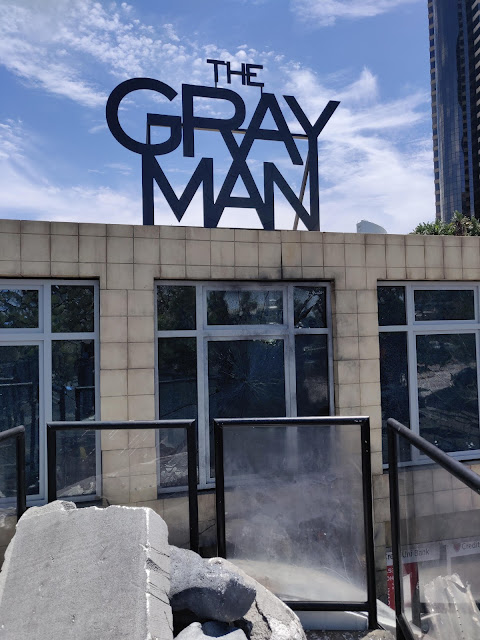 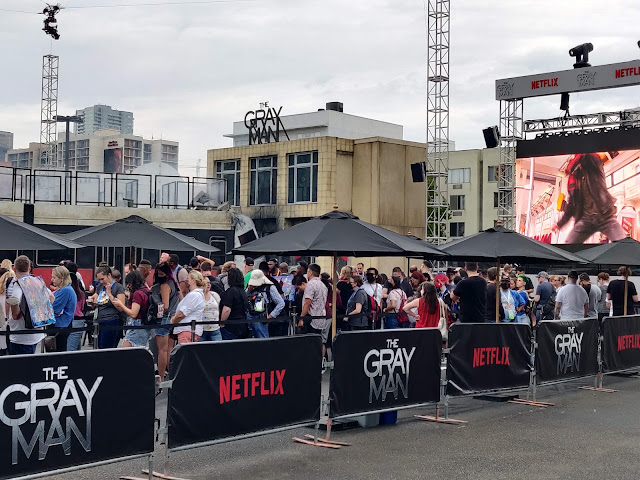 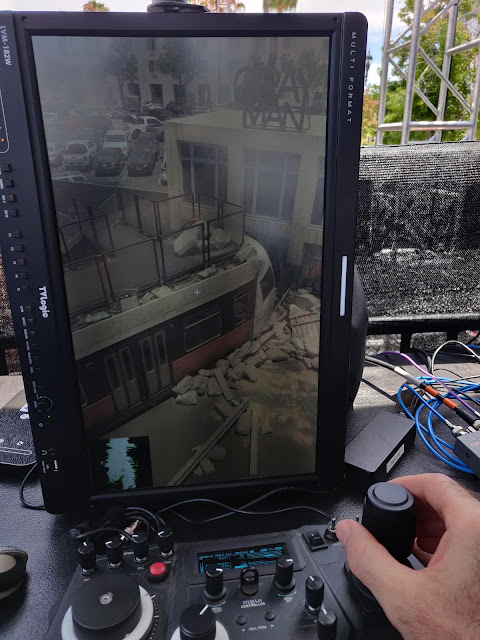 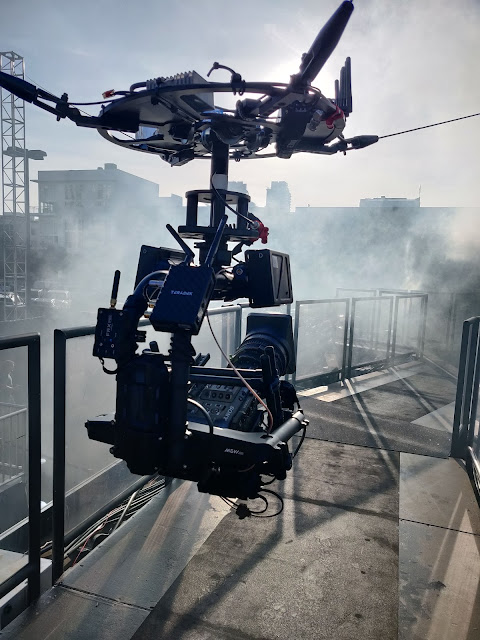 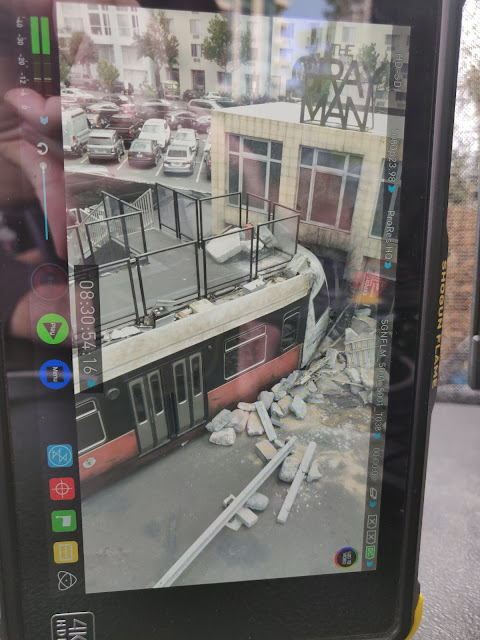