I can't believe it was just over a year ago that we were out shooting plates for Westworld. For the new season, they knew they would have scenes on a train and that the train car would be a standing set. Rather than shoot green screen and composite in later, they had us shoot the train plates ahead of time so they could do LED walls for interactive lighting.

Seeing as how they would be train height and potentially see out of multiple windows on any given side of the train car, we shot with 3 RED Komodos on Ronins (for smoothness) with 14mm Sigma Art primes, which would cover a 180° field of view with enough overlap to stitch the cameras together. These were all built on a truck at train window height with the run/stop synchronized via a Tilta Nucleus. By setting the Nucleus motor on each camera to the same channel, a single handset could control the iris (which we wanted to match between cameras) and run/stop on all three units. 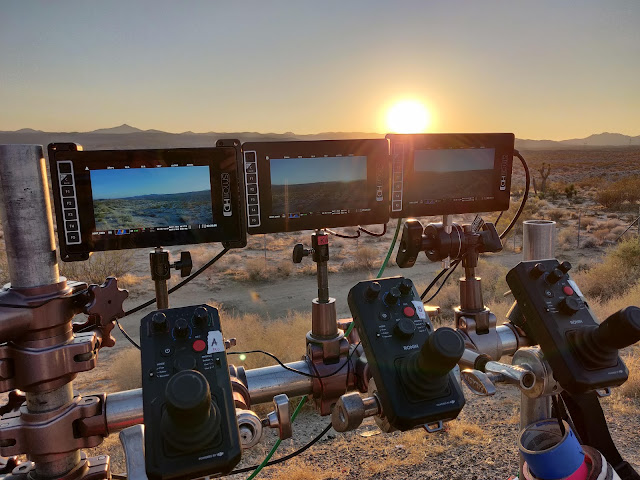 We shot a few locations for the show, some in the desert, some on the freeway between Glendale and Eagle Rock, and a bit near downtown. 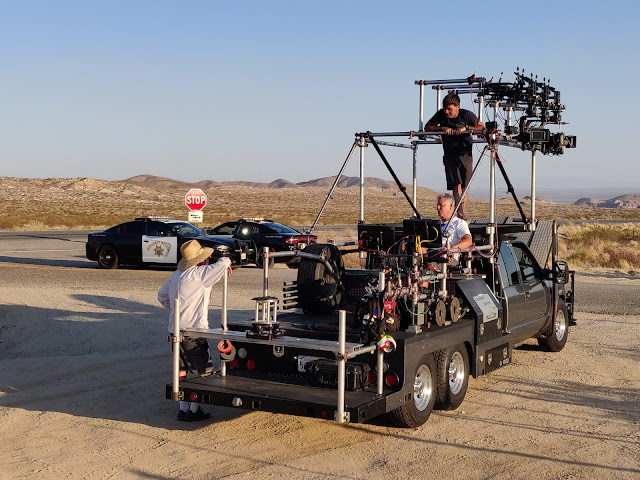 We did discover that the Komodos don't like having their exhaust vent facing upwind, as the incoming air would fight against the fan blowing the opposite direction and create a sort of air-pressure stalemate, causing them to overheat quickly. We solved the issue by taking a small piece of foam board, folding it into a "V", and taping the "tent" over the the exhaust port, effectively keeping the upwind air from pushing against the fan, but letting the hot air vent out the top and bottom of the tents. After that, we had no temperature issues at all. 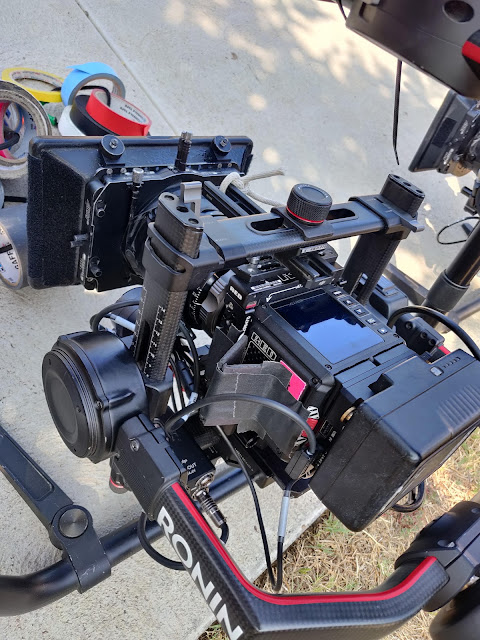 I haven't seen all of the new season, so haven't found where the downtown footage we shot has been used yet, but we did the desert background plates for these shots: 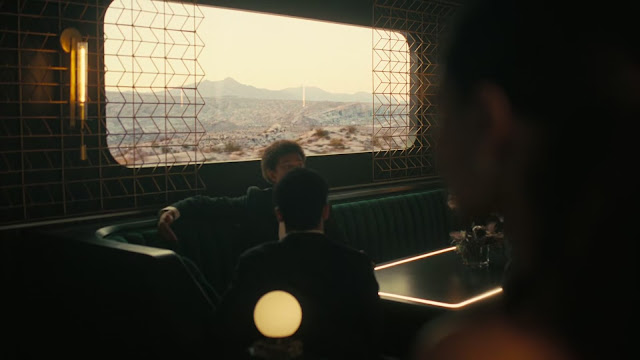 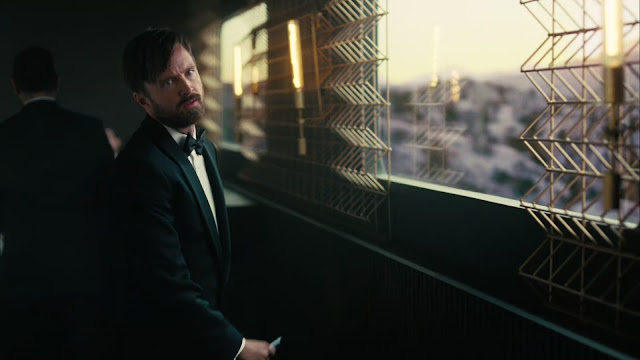 As well as the arrival of the train to the city, shot on the 134 going up and down the hill between Glendale and Eagle Rock, as seen in these shots: 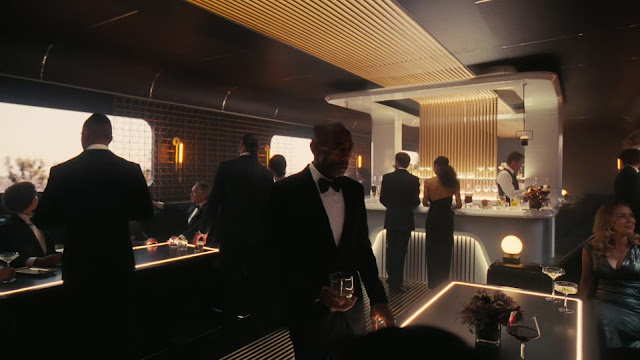 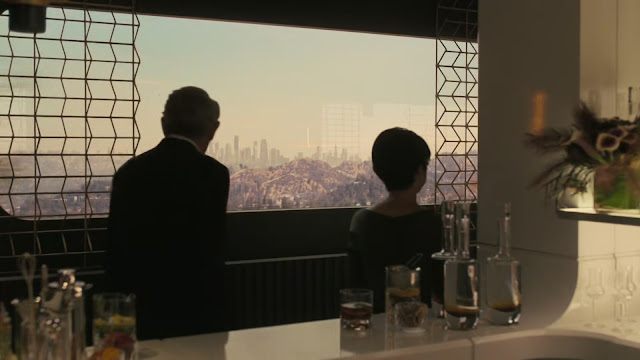 It was a pretty fun shoot and interesting in that we shot these before the main unit had even started filming the show, whereas I'm used to us shooting either concurrent with the main unit or, for a lot of the network TV shows that shoot their cars on green screen, well after they've shot their episode.